Asia Pacific Screen Awards, 2018 – In the right place at the right time

Posted on December 7, 2018 by cynephilia 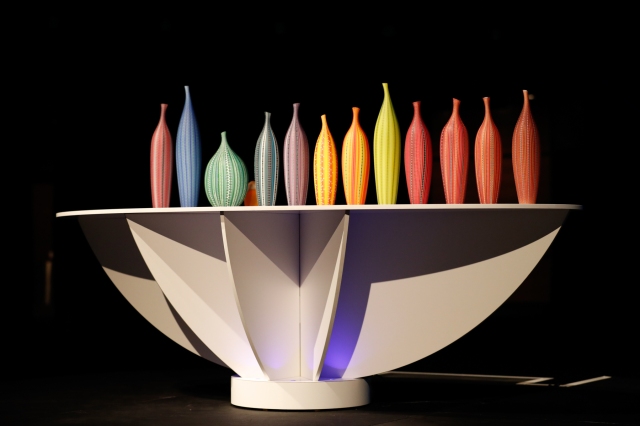 Overview of industry change, and APSA’s potential as the cinematic focus shifts to Asia
By Cynthia Webb, Brisbane, Australia

This awards event is similar in form to the Academy Awards, of Hollywood. The first “APSA” year was 2007, and this year was the twelfth year of celebrating the cinema of the Asia-Pacific region. Asia’s population is 4.5 billion, Asia comprises one third of planet earth and encompasses 70 countries.
Asia Pacific Screen Awards, was the brainchild of Mr Des Power, then working for Events Management of the Queensland State Government. He is an ardent cinema lover and his idea came to him in the right place at the right time. That place is Brisbane, in the State of Queensland, Australia. He told me last week, about the vast amount of planning, travelling, persuasion and talking it took to bring this ‘baby’ into the world. In some countries film-makers welcomed the idea, others couldn’t quite ‘get it’, and wondered, “but why in Australia?”

To this writer, APSA’s situation in Brisbane, Australia is ideal. This is because although Australia is geographically placed close to South East Asia, it has a somewhat ambiguous position, also being part of the Pacific region, so it could be seen as a somewhat neutral territory, a little on the edge of Asia. Australia has a Pacific Ocean coastline but is not quite actually in the Pacific either. Our continent is so big that it is a transition territory between the Pacific and Asia. Therefore it can be seen as not inclined to any kind of unfairness, parochial attitude or bias towards a particular country, culture or religion. It also helps that as English has become the second language for the world, Australia is an English speaking nation. Most of APSA’s international visitors can communicate in English, however for those who cannot, translators are provided.

Brisbane is also home to the Asia Pacific Tri-Ennial of Contemporary Art at the Gallery of Modern Art. This huge exhibition has recently opened and is on show at the same time as the twelfth APSA event. In late November, Brisbane was the artistic ‘hub’ of the Asia-Pacific, with so many artists, and film-makers in the city.

APSA has two special concepts at its heart – first, to recognize and reward excellent film-making, and second, to recognize the films that most reveal cultural diversity and therefore promote international understanding and friendship. Six films that began ‘life’ at APSA, by being awarded the APSA-MPA film fund, towards their creation, have premiered in Cannes, Venice, and Locarno film festivals, and several of them were nominated in APSA list this year.

For APSA 2018, 46 films were in the list of nominations and they came from 22 Asia-Pacific countries and areas. A surprising fact is that over half of this year’s nominations were from first time film-makers, such is the talent in the region. There was a new category this year, Best Musical Score, an important addition.

In the twelve years since the beginning of APSA the statistics of film production and distribution have changed considerably. Half of the films made in the world are now made in Asia.
Lord David Puttnam, the legendary British film producer was a special guest at APSA, and its partner Griffith University Film School, again this year and he remarked that APSA has a “phenomenal opportunity because it is sitting at the heart” of a world cinema revolution, as focus moves to Asia, from Hollywood, Britain and Europe.

The day before the APSA Awards were presented he gave a most interesting Master-class, and I will sometimes share his comments in this article, because he expressed so well, the potential for APSA in the region.
He told us: “In China alone we can compare the fact that only three years ago the top six box office films included five American films and one Chinese film. Now it is the other way around – six Chinese films and one American film. There was a 46.7% increase in Chinese domestically made films just in 2018.”

APSA has already been at the heart of quite a few success stories. It was at APSA that some of the big names of contemporary Asian cinema have found an international platform for their earlier films – I’m thinking of Asghar Farhadi (Iran), Lee-Chang Dong (South Korea), Hirokazu Kore-Eda(Japan), Nadine Labaki (Lebanon), Anurag Kashyap (India) Nuri Bilge-Ceylan,(Turkey) Andrei Zvyagintsev,(Russia) Jia Zhangke,(China) and others who have been submitting their films to APSA over the twelve years of its history.

I read in the British Film Institute’s “Sight and Sound” magazine, July 2018 issue, a remark from the editor, Nick James: “Take the Hollywood element away from any festival and you find that the art of cinema is alive and artistically thriving, mostly in Asia.” He was commenting on the fact that American films were scarce in Cannes this year. “Instead, what we got was a carnival of cinema art, the best of it from Japan, South Korea and China – a programme of the highest quality with good choices.”

This draws attention to the fact that the Hollywood product has become increasingly predictable, consisting mostly of franchise films, super heroes and remakes. In my opinion, they have entirely lost their imagination, and financial courage, and think mainly about ‘sure-thing’ formula films, blockbusters and box office returns, when considering green-lighting projects.
Many of the same Asian films Nick James praised at Cannes Film Festival, were submitted to and then nominated in this year’s Asia Pacific Screen Awards too, such is the high regard that has developed amongst the top Asian film-makers, for APSA. For example at APSA 2018, the Japanese film “Shoplifters” won Best Feature Film. (It also won the Palme d’Or at Cannes.) The star of Jia Zhangke’s “Ash is the Purest White” Zhao Tao, won the Best Actress award. A Jury Grand Prize, went to Lee Chang-Dong’s “Burning”. Nadine Labaki, of Lebanon won Best Director for her new film “Capernaum”. All of these were highly regarded or awarded in Cannes last May.
“Cinema is the art form of the twenty-first century”, Lord David Puttnam declared in his Master-class, the day before the APSA Ceremony.

Once the only screen in our lives was the cinema screen, and we would buy tickets and go there for a shared evening of entertainment on the big screen. It was the big night out for people until the advent of television. I will always treasure the memory of when cinema was truly spectacular, shot in the 70mm film format, and there were huge screens and 70mm projectors in the cinemas to screen these epic films, such as my personal favorite, “Lawrence of Arabia” (1962). The Sixties were the technology pinnacle of the film era. Then along came the video tape movies for rental and VCR player in the home. People didn’t have to go out to see movies of their choice anymore. Technological change speeded up when the digital era dawned, with DVDs, then Blu Ray discs. Home viewing was never easier or cheaper.

However, Lord Puttnam explained that for some time now, people increasingly prefer the Movie Streaming Services, which are catching on rapidly around the world, and are especially popular in Australia and China. Netflix is the choice of 31% of Australians, but in other Asian countries Netflix subscriptions are still in single digits. A corresponding change he mentioned is that sales of the physical versions of films in his home country the United Kingdom, are falling rapidly and this is an international trend.
“NETFLIX have gone into film production, as have AMAZON. Netflix has already won 43 Emmys and Amazon, has won 10 Emmys. The patterns of release and distribution of the films have changed, and the old Hollywood business model is being left behind and will collapse. The middle-man is being eased out of the picture. “This is the real world, and it’s not going to go away,” said Lord Puttnam.

Today’s young people are OK with streaming movies and watching them on their tiny Smart Phone screens – from one extreme to the other, in sixty years.
Whatever their size, screens are all around us, the most predominate way of communicating in the modern era, used not only for film and television, but for many other aspects of our lives.
Lord Puttnam said, “More and more money than ever before is chasing film-making talent. It’s a growth business – Culture and Technology is the ultimate power couple.”

All of this immense change, much of it during the lifetime of APSA, certainly does place APSA in the heart of things. It is open for first time film-makers, or for famous directors who already have two Best Foreign Film “Oscars” from the Hollywood Academy, such as Asghar Farhadi of Iran, whose international success story closely involves APSA and their partner, MPA (Motion Picture Association of America). Farhadi first came to APSA in 2009 with “About Elly”, and also with an idea for his next film. That project won the APSA-MPA funding and he went away to make “A Separation”, his international “break-out” film, which won the Oscar. He followed that with “The Salesman”, another Oscar winner. In 2014 he visited APSA again to act as President of the International Jury.

This story demonstrates that APSA can achieve its aim to help the region’s film-makers become known outside their own countries, and even achieve world fame.
Another project is the APSA-Griffith University Screen Lab, where emerging film-makers can submit a project hoping to be chosen for the program. This year there are three mentoring scholarships and three lucky film-makers will be mentored for a year while they are developing their screenplay in readiness for shooting. Their mentor is an appropriate member of the APSA Academy which now has a membership of 1200 international film-makers – winners and nominees in the past twelve Asia Pacific Screen Awards.
Asia is the creative centre of world cinema now, and APSA is the region’s very own international competition. The future is shining with potential.

To see the full list of winners for this and every year of APSA, please visit http://www.asiapacificscreenawards.com