The former Brisbane International Film Festival, has a new identity.  It’s been linked to the Asia Pacific Screen Awards (APSA), so that the two can complement one another, and so that nominated films can be screened for the public, as part of The new Brisbane Asia-Pacific Film Festival.  The Festival will start on Saturday 29th November, until Sunday 14th December.

On the 11th December, the Asia Pacific Screen Awards will be announced at a star-studded ceremony at Brisbane’s City Hall, in King George Square. These two events in combination, re-balance the global world of film, where up until recently all the highest level film Awards and Festivals were held either in Europe or the USA. It was difficult and sometimes impossible for films from the Asia Pacific region to “get a look-in” at such events as The Academy Awards, the Cannes Film Festiva, or at Venice, or Berlin. Yes, a few legends, such as Jafar Panahi, Asghar Farhadi, Zhang Yimou, Abbas Kirarostami,  Nuri Bilge Ceylan, broke through. Now that I’ve watched many of the APSA nominated films since 2007, I can assure my readers that the standard of films coming from the region is often astounding. The  makers of films that win prizes at APSA,  know that they are receiving recognition from the world’s foremost film makers. Members of the Jury are chosen from around the entire region, and the Head of Jury this year will be Asghar Farhadi, of Iran. Previous heads of Jury include, Lord David Puttnam, (UK),  Bruce Beresford (Australia) Shyam Benegal (India), Jan Chapman (Australia), Nansun Shi (China) Huang Jianxin, Shabana Azmi (India).

The Asia Pacific Screen Awards began in 2007, and until 2011 were held at the Gold Coast.

From 2012, APSA moved to Queensland’s capital city, Brisbane.  That year was the final year, of APSA being supported by the State Government, after a political change of state leadership, and with it a change of attitude, came an outbreak of severe expenditure-cutting, which included APSA.

The City Council of Brisbane stepped in to support APSA. The far-sighted city leaders realised that APSA is the perfect companion for the Asia Pacific Triennial of Contemporary Art, which has been held at the Queensland Art Gallery since 1993.  Also, the Griffith Film School, which had long been associated with APSA, is in the heart of the city of Brisbane.Now the long running film-festival has also been re-modelled to make the concept complete.

The Griffith University Film School  and APSA have recently announced valuable new opportunities for aspiring film-makers to receive mentorship in their own country, under the Asia Pacific Screen Lab (see the university website), from members of the APSA Academy, which has well over 500 members from the various nations. These are people who have been nominated or won APSA awards in the past. The Academy  includes such luminaries of the film world, as Asghar Farhadi, of Iran, whose film “A Separation” won almost every leading award in the world. He has had a long association with APSA, since bringing his film “About Elly” to APSA some years ago.  The mentorship will help an emerging film-maker, to bring their screenplay to the ‘ready to begin shooting’ stage.

As for the films –  APSA’s nominations include the film which won the Golden Palme at Cannes this year, “Winter Sleep”,  by Nuri Bilge Ceylan, and this film will be screened during the Film Festival.

I’m excited about many of them, but especially, New Zealand’s first ever screen epic in the Maori language, with English sub-titles, “The Dead Lands”, directed by Toa Fraser. It’s about the tribal times, long before the coming of the British.

There are some amazing opportunities to see these uniquely different cultures on screen, and quite a few of the films will never get released in Australia, so it may be your only chance.  Do your research, if you live in Brisbane.

Go to website:  http://www.bapff.com.au and study the program carefully.
also, please visit http://www.asiapacificscreenawards.com to see the nominations and further history of this film event. 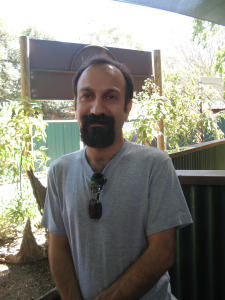