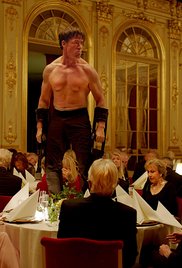 “The Square” was the opening night film for the newly revived Brisbane International Film Festival (BIFF).
It’s an utterly contemporary experience – directed by the man who brought us “Force Majeure” (2014.
Both films are scrutinizing the minute details and more obvious trends of human behavior in these trying times we live in.
Everything is so complicated in this politically correct world (at least in wealthy Western countries).
Many different issues that are part of the minefield people must negotiate these days are packed into this 142 minute film experience, which will sometimes have you squirming in your seat.
It brought to mind, “Toni Erdmann” (Germany), which was a big success in 2016. That film also brought up the subject of contemporary life and its traps. In “The Square” there was even a visual reference to “Toni Erdmann” himself – it’s the fictitious name that the heroine’s father gave himself. He also dressed up in an animal suit for several scenes in that film, to aid his quest to wake his corporate executive daughter out of her trance.

In “The Square” the chimpanzee living in Elizabeth Moss’s apartment will mystify many people in the audience, as it did the hero Christian, who has a one-night stand that is almost more than he can handle. Christian is played by Claes Bang.
There is no point attempting to explain the plot, which doesn’t really have much momentum. The film is more a series of incidents that demonstrate just how labyrinthine life can get, in work, in private life, in public places, even with relationships to children. We were often confronted with the issue of the societal and financial gap between the privileged class and the poor. Also the world-wide experience of migrant people among us was to the fore-front. Another scene filled the screen with full plastic garbage bags, and reminded us about that massive problem facing the world.

“The Square” itself was a space in the cobbled courtyard in front of the gallery, which was marked out in an obvious way, and had a sign to the effect that within that square was a place of equality and trust available to all. It was a new “installation” to introduce an up-coming exhibition.
Yes, it seems that the film is saying that in today’s world equality and trust have shrunk and this ‘square’ is the symbol. The message of the film is put into the mouth of a sports coach, as he speaks to his team of teen girls after a demonstration of their athletic skills. He tells one girl, “It’s no use wasting your energy feeling sorry for yourself. Give your energy to the team.”
So in this world, we should stop being so selfish, afraid and worried about offending someone or standing out from the crowd – we should reach out and work together. YES, yes, yes. The message is good, even if the film is laboring the point somewhat, and also for a bit too long.

There are many shots with strange camera angles, and a lot of action is taking place, off screen, while the camera is on the face of someone we know. These tactics to put us off-balance certainly worked, and there was a dizzying shot on a square shaped staircase, that Hitchcock would have been proud of. In our seats, many of the audience probably had motion sickness.

Christian, the main protagonist, is the well-meaning and respected head Curator of a major Stockholm Contemporary Art Museum, so this gives an opportunity for some delicious stabs at the more ridiculous aspects of some contemporary artworks. And just how far can art-speak go into meaningless garble made up of long words, trying to explain some depth into something that doesn’t have any? I’m sure we’ve all seen this sort of thing and wondered when someone was going to speak out. A few years ago, it happened when a leading British Art Critic wrote a piece scorning the gullible curators who indulge certain artists, who had become trendy and were laughing all the way to the bank. Damien Hirst was mentioned, and following that article’s publication his prices dropped substantially. As the film tells us, this world of contemporary art is about investing money and collecting, not always about love of the art.

It seems to me that the reason the film won the Golden Palme would be to do with its tackling of the sometimes very difficult matters of political correctness, and the new and unusual challenges that life has nowadays, as different cultures and religions mix and mingle more and more. In the 21st Century everyone experiences a certain amount of stress as things are changing ever faster. I think that Ruben Ostlund feels that it needs to be discussed before we go right off the rails. Is there too much ‘walking on egg shells’ with no-one brave enough to bring things into the light and say a few politically incorrect things for a change?

The film also deserved recognition for the most unusual cinematic techniques used throughout to put us on edge, into embarrassment, and mild stress. The scene illustrated in the poster for the film, where a group of people just like us the audience, are tried beyond the limits of some is a case in point.
It will not be a film for everyone however it has many merits and if you are an adventurous film-goer go and see this clever film.
(Copyright, CYNTHIA WEBB, 18 August 2017) 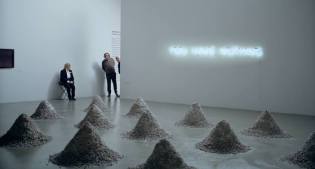 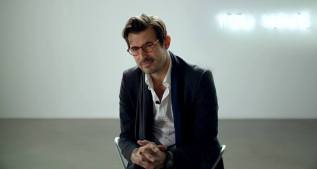 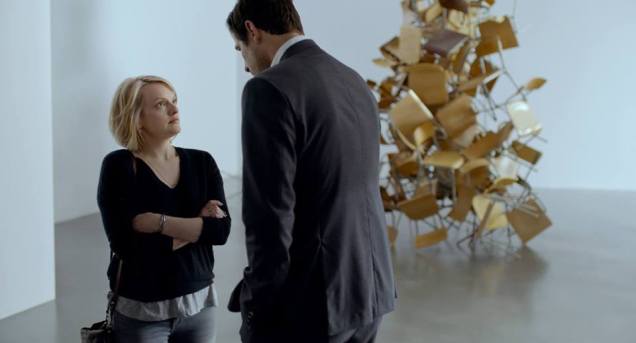 (Photos courtesy of the film producers)