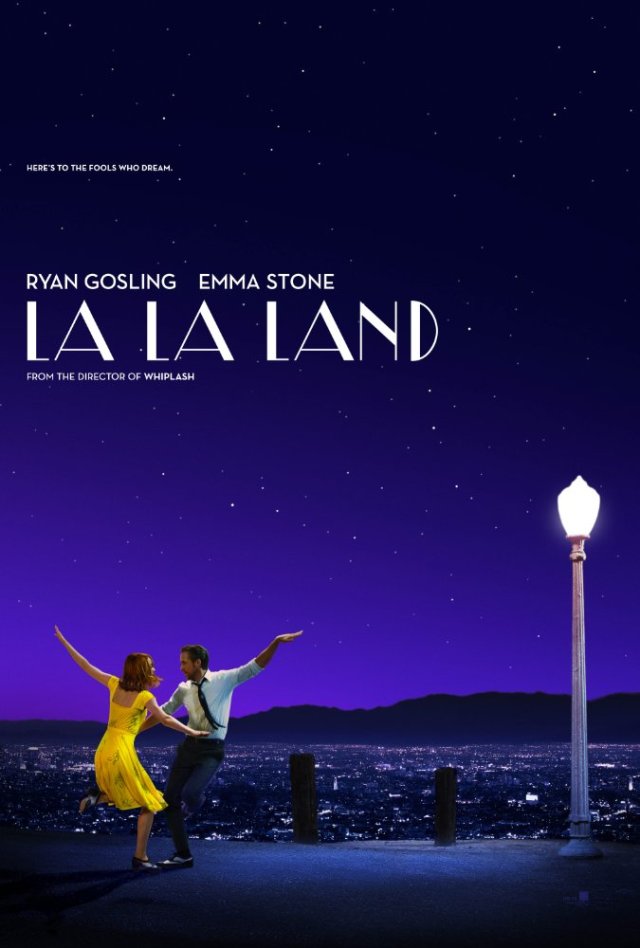 “La La Land” is a love-letter to Los Angeles, and to the studio era of Hollywood, when musical films were nothing unusual, as they are today. It is full of nostalgia – in particular, nostalgia for the jazz era.
It also contains reminders of certain other delightful things from the history of film: The early scenes are full of wild colors that brought to mind the early films of Pedro Almodovar.
The hero offers to take the heroine, to see a re-run “Rebel Without a Cause” – a legendary James Dean film by Nicholas Ray. It is being screened from a film reel (not a DCP – Digital Cinema Package) and it stops in the projector, the projection lamp heat burns the film, visible on screen. It’s a moment that a lot of people experienced in days gone by, and pulls the events back into the past.
The scenes featuring views over the city, bringing to mind “Mulholland Drive”. (David Lynch).
The strong accent on love of jazz, which recalls an earlier era, and various films which have featured jazz musicians.
I looked at the scenes shot in fake studio streets that look just like “Warner Bros Movie World” on the Gold Coast, Australia, where I worked for nine years… and I recalled reading that most studio back-lots that were once in Hollywood, have been sold off for their real estate value. Now is the era of shooting on location, or using CGI (computer generated graphics).
I thought of Francis Ford Coppola’s early film, ‘One From the Heart’ while watching “La La Land”, which was all shot on a Hollywood sound-stage in 1981.
Then I thought of Jacques Demy’s gorgeous, “The Umbrellas of Cherbourg”, (France) a film unique in that it had no dialog at all. Every word was sung, but was also about 2 lovers and filmed in streets.
Then I thought of my all-time favorite musical, “West Side Story”, which had far better music and dancing, than “La La Land”.
But then – I just lost myself in this charming film. The stars are so real, not too glossy, and don’t sing or do anything TOO well. …. but just well enough to fit into today’s film world, while telling us an eternal story of young people in Los Angeles, with high hopes, trying to make their dream come true, almost giving up, and in the end trading true love for their ambitious dream. Have they settled for second-best? The big question is whether or not fulfilling one’s youthful ambitions is more important than following the heart, by way of the offers that Destiny puts in our way. .. these offers, might be Love, or sometimes something else. Most of us can look back and identify a moment when this choice was before us, and wonder – “did we really have a choice” or is it all ‘written’ in Destiny?
This lovely film is a welcome relief from Hollywood’s typical output of recent years. Thank you to the director for breaking the pattern, for daring to go back to some good old-fashioned entertainment. The mega-plex audience with whom I saw the film were certainly enjoying themselves and there was even a spontaneous burst of applause at the end. I think they are all relieved to get away from super-hero films, violence, and endless sequels that are not living up to the original thrill of the originals.
“La La Land” has won seven Golden Globe Awards, and deserves most of them, but perhaps not the Best Screenplay award. Yes, it’s nice, but it isn’t powerful and there are other films such as “Manchester by the Sea” that I think have a better screenplay. Emma Stone is a wonderful actress, and in her scene during an audition, she shows us with her immensely expressive and enormous eyes just what she can do. I think that is for me, the most memorable moment in the whole film, although I’m sure it isn’t meant to be.
I think the Academy will love this film – because they always respond strongly to any film that shows their own world, Los Angeles, Hollywood, the film business, and as this is an affectionate homage, they are going to vote for it, just as the critics did at The Golden Globes.
It seems to me that this film will take over 2017’s Academy Awards, even though it is light stuff, but very well done in every way… a lovely movie. However perhaps there are films with more substance and power,that might get pushed into the shade, by this bright starry and delightful film. (I’m writing on 11th January, and the Oscar nominations are yet to be revealed, however it is 2 days after the Golden Globe Awards.
Copyright January 2017 by Cynthia Webb
Poster photo credit – The producers and IMDb